The Norfolk Token Project (NTP) is a collaborative venture to foster interest and research into the county’s 17th century token series. These were produced by private traders and town and city corporations to alleviate a chronic shortage of small change in the 1650s and 1660s. Over three hundred different issues are known for Norfolk. Headed by Dr. Adrian Marsden and involving several volunteers, the NTP is a work-in-progress with several aims:

1) The production of a catalogue illustrating the best available specimen of every known Norfolk token.
The standard reference work for British seventeenth-century tokens, organised on a county-by-county basis, was produced by George Williamson over a century ago in 1891 but little work has been done on the Norfolk issues since then. An initial (unpublished) catalogue of the Norfolk tokens in the Norwich Castle Museum collection was produced in 2013 and a second version incorporating an introduction to the series as a whole was published in 2016 (below). Large numbers of tokens are found every year by metal detectorists operating in the county and some have kindly been donated to the museum such as a farthing token of John Tucke of Burnham Market showing a sugar loaf dated 1666 (below).

Some tokens in the collection have evidently never been below ground. A farthing of Isaac Pearcivale of Norwich has hardly seen circulation (below). A number of Pearcivale’s tokens exist in other collections in a similar state and it seems likely that a small hoard of them was discovered in a building at some stage in the past, probably in the 19th century.

The preparation for the production of a catalogue illustrating the best example of every known Norfolk token together with additional information on the issuers as well as further discussion of the county’s token series is ongoing. There is no firm projected publication date as yet but it is hoped that the catalogue will be completed sometime in 2021.

2) Continuing research on the men and women who issued the Norfolk tokens.
For example, Augustine Briggs of Norwich had tokens produced in the mid-1650s showing a cockerel (below). He was a Royalist in the Civil War and fought for the king at the siege of King’s Lynn in the summer of 1643. This led to his being stripped of his rank of alderman by the strongly Parliamentarian Corporation of Norwich but the Restoration of Charles II in 1660 revived Briggs’ fortunes. 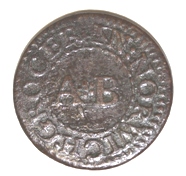 He was made sheriff in that year and went on to become Mayor of Norwich in 1670 and a Member of Parliament some years later (below left). He died in 1684 and was buried in St. Peter Mancroft where his memorial still stands today (below right). 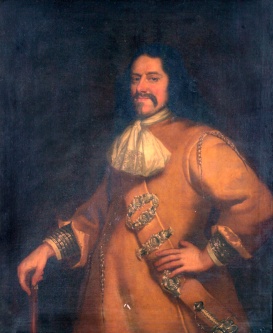 3) Plotting finds of tokens made by metal detectorists in order to analyse how widely different types of token circulated.
This work is ongoing but has already produced some interesting results. It is clear that the Corporation issues circulated furthest, not surprising given their larger size, and that the private issues did not generally travel very far. The tokens of small hamlets hardly travelled at all and yet are often found in large numbers in the areas immediately adjacent to their place of issue. A more detailed study of how the tokens circulated together with a discussion of a number of tokens whose Norfolk origins have been doubted is included in the 2015 edition of Norfolk Archaeology.

An investigation into the origins of a large number of tokens found at Cley on the North Norfolk coast was published in the Glaven Historian for 2018. Both articles are available on the downloads section of this website.

Adrian gives occasional talks and other events communicating the work of the NTP to various groups and societies. As well as a number of articles on individual issuers and other aspects of the 17th century token series – all available for download on this website – he has published two books on Norfolk tokens. The first is the catalogue of the Norwich Castle Museum collection mentioned above, the second looks at the issuers of Great Yarmouth and the society in which they lived. Both are available from Norwich and Great Yarmouth outlets of Norfolk Museums Service (£10 each).

The Norfolk Token Project can be contacted on: norfolktokenproject@outlook.com, adrian.marsden@norfolk.gov.uk or on our Facebook Group Page.